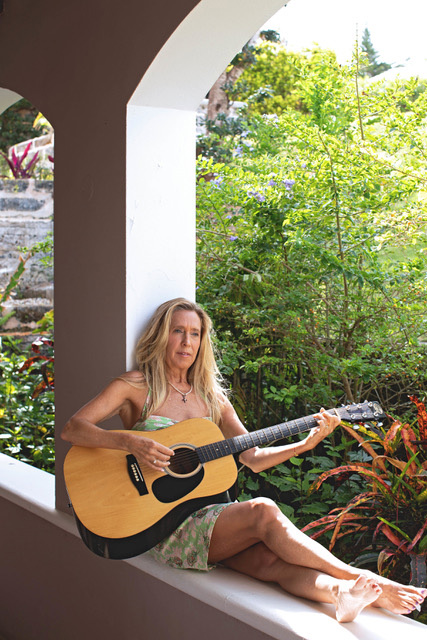 Chances are you have heard, met, or worked with Taylor Barton: a smart, multi-talented, singer-songwriter. She is the producer of “GE Smith’s Portraits” and launched “Guitar Masters” at Guild Hall, East Hampton, NY. Featured guests have been The Avett Bros, Billy Squier, Roger Waters, Ethan Hawke, The Bacon Bros, Sarah Jarosz, and Carter Burwell to name a few.

She has spent over four decades traversing the arts and culminating in a 21st century Renaissance woman. Born in Baltimore, Maryland she started her musical training with piano lessons at age six. She enrolled in the Peabody Institute at age thirteen where she studied dance and then moved to Paris, France where she started her career.

During a fortuitous appearance on Saturday Night Live, she met bandleader GE Smith. Smith later became her husband, co-producer, and partner in their independent label, Green Mirror Corp. Smith was instrumental in jump-starting Barton. Her songwriting was deeply influenced by her exposure to an array of legendary performers from Dylan to Garcia, and everyone ultra-talented thereafter. She has clearly succeeded in creating a distinctive body of work that is highly accessible - very unique and original. 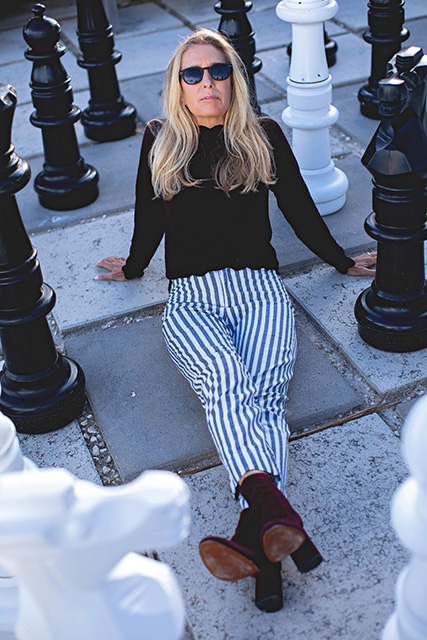 She recently released her 10th collection of songs called House of Light, featuring Grammy winner Sarah Jarosz, GE Smith and Jenni Muldaur. Get her memoir, I Pitched a Tent in Hell, out now on Audible.com and Amazon.com.

Her film, 50 Watt Fuse, documenting her husband’s career as a sideman, was an Official Selection of the Mill Valley Film Festival in 2006. Written and directed by Barton, cameos from Lorne Michaels, Jimmy Buffett, to Bob Dylan and Hall & Oates, garnered Barton a standing ovation. Her rock odyssey, Pedro ‘n’ Pip, a call to eco-kids, which includes a 13- song score was the first book to combine music and text digitally, on iBooks.

"Taylor Barton has drawn a compelling and fascinating portrait of the underbelly of the Hamptons" —Rosanne Cash, Singer-Songwriter

Taylor Barton has performed on Conan, Saturday Night Live, Mountain Stage, BET, World Cafe, Acoustic Cafe, Westwood One Radio, House of Blues Radio, and ABC radio, WFUV, and more. She is on the Advisory Board of Hamptons International Film Festival, where she founded the Melissa Mathison Fund for their Screenwriters Lab. She has produced over 50 Worldwide Events, including the Tribute to the Beatles for City Parks’ Foundation, Summerstage Gala, and Events for Wounded Warrior. She resides in Amagansett, NY where she lives with her husband and daughter.